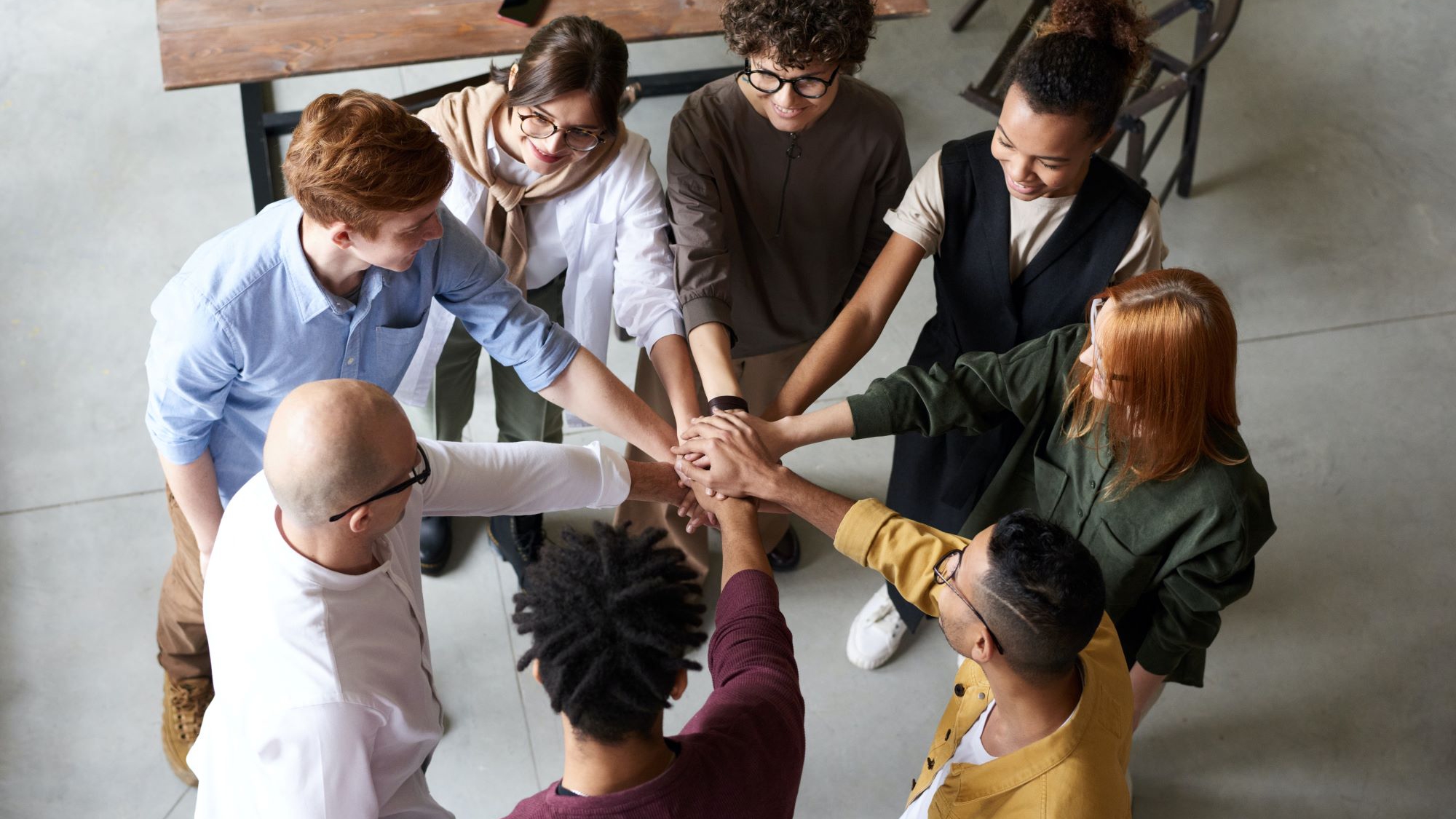 “Radio has no future”

At that time, it was only a prediction. Years later, we can say that this prediction was obviously wrong. In the end, so many generations witnessed the important role radio has played in human history.

When it comes to Blockchain, some people are still skeptical. Others are even more strict and now use a similar saying – “Blockchain has no future”. And there is also a group of people who really believe that Blockchain is the future. No one is really right at the moment; the future will show whose prediction was the correct one. Personally, I belong to both the first and the third group – the “uncertain ones” and the “believers”. I really see the potential, but I am still not sure when this potential will become reality.

What is so unique about Blockchain that makes me believe in its potential? My first answer would be the trust that is enabled between participants. When Bitcoin was designed as the first currency, the assumption was that even though two participants would not trust each other, but they will have to because they have the technology between them. That technology is Blockchain, the backbone of Bitcoin.

In this article, I will focus on Blockchain, and more precisely – on software that is stored and executed on Blockchain. That means there is no specific institution that owns it, but it is owned and controlled by the community. And if we trust the community, then we should also trust the honesty of this software. The same applies to Linux – try googling “why there is no antivirus for Linux”.

The trust we are talking about is unidirectional: a person can trust that software will not misbehave.  If that software is written with a mission to enable trusted relationships between people, the same concept will work for organizations, allowing new business models. Let’s call this business model “peer-to-peer insurance”.

How does Peer–To–Peer Insurance work?

Let me first explain how important a trusted relationship is.

Imagine the following situation: You, together with three friends, want to organize a string quartet. Obviously, an important asset in this quartet is your hands, and you, as a group, want to ensure that everyone will get proper treatment in case of a hand injury. You all agree internally on what amount of money you want to reserve in case of an unfortunate event.

Do you realize that you just created the rule that defines the help provided to the injured person?

Let’s call this rule – an internal “insurance rule”. A few days later, your friend gets injured on a hiking tour. Based on your friendship and agreement, you are all going to help with the medical bills. Thanks to the proper treatment your friend successfully recovers, and you can continue playing together. This concept only works because you are all friends, and you trust each other. Now imagine that one member of this quartet is a stranger to others and lacks empathy for the quartet. Why would this person help your friend to pay for the treatment? You probably don’t want this person inside your “insurance group”. Instead, you want to have someone who really wishes that the injured person is properly treated.

Peer-to-peer insurance (P2P) is a model that allows individuals, usually like-minded people, to pay into one insurance pool and protect themselves against a common risk. It allows more transparency and lower premiums than traditional insurance and expands the possibilities of what can be insured – the items or causes that traditional companies do not yet cover.

The above-described case is about an injury of a string quartet member. Let’s think about other possibilities for insurance groups. For example, groups for flight delay insurance, pet insurance, unemployment insurance…What is common for all of those? They are non-mandatory insurances. There are many things people would like to insure, but the insurers are not yet offering those options. For instance, a restaurant owner might want the guests to be covered in case of falling because of the slippery floor.

Let’s go back to the flight delay and think about an insurance group around that case. The name of this group would be “flight-delay-insurance-group” and it connects Alice, Bob, and Carol. They all are frequent flyers and want to insure themselves in case of flight delay. If, for example, Carol’s flight is delayed, Alice and Bob will pay out the agreed amount of money to Carol. But they don’t know each other. Why would they pay for it? Why can’t they just ignore that case?

Remember the trust we mentioned. There is software that is executed on Blockchain, and we trust that it will behave properly. So, when Alice and Bob enter the group, they agree that this kind of code (rule) will be executed:

This rule is almost “set in stone” – written in Blockchain, and Carol can now trust that Alice and Bob will behave according to the agreement if her flight is delayed.

Now imagine another group “pet-insurance-group” and its rule:

Ok – it is simple, it should work. But what happens if Carol is lying about her dog injury? The flight delay case was easy because delays are publicly available information. The “pet-insurance-group” case is a little bit complicated. Alice and Bob must ask for additional information, like injury reports, photos, etc. You probably understand that Alice and Bob are now claim-handlers, and they can accept or reject this “claim”.

Now, we see that the system is not perfect because it also requires human intervention. Since human intervention can have a misbehaving nature, Alice and Bob can decide not to pay Carol. In practice, it should not be a big issue because Carol should always try to make bigger groups and not be dependent only on a few participants. Also, if Alice and Bob misbehave, Carol can notify others, so there are higher chances that Alice and Bob would not be covered in the future. In other words, they will be “penalized” by the community.

The described “pet-insurance-group” is one of the examples from teambrella. There are also other companies/insurtechs that share the idea of peer-to-peer insurance built with trust on top of Blockchain. You can find more on the following links:

All those solutions are considered nice-to-have and non-mandatory insurances. There is another example around the similar idea but with an enormous scale, and it shows the full potential of Blockchain.

Translated to English, “Xiang Hu Bao” means “taking care of each other” and it is recognized as a mutual aid platform. Instead of the musician quartet and their “insurance group”, let’s imagine one large community where everyone decides to trust each other. Their shared interest is their health.

Speaking about the numbers, the Xiang Hu Bao community has more than 150 million users and their plan is to reach more than 300 million users over the next few years. Each participant must pay a small “membership fee” that is usually a few dollars only, and in case of illness, they can claim for up to $45 000. With this platform, people from rural areas with low income are now connected and insured in cases of illness. They are even covered in cases like cancer. Another interesting fact is that the participants of the network are also covered in cases of COVID-19 (which is not usually the case with insurance policies today).

Of course, the story is not that simple – the program that is written in Blockchain contains plenty of rules. Besides the rules that force you to pay someone else (and at the same time force others to pay you), there are also rules about the amounts that you can claim, trial periods, etc. The first thing we should ask ourselves is – Why do they use Blockchain for this kind of solution? This can be easily implemented with any other technology.

And that is absolutely correct. But that means that we would need to simply trust the software owned by a certain organization. Would we really, without any guarantee, trust that nobody inside the organization will try to log in and tamper with the data? If everything is transparent, there is no reason to suspect that there are i.e., “special VIP users” that are prioritized in cases of claims. With Blockchain and its complete transparency, tampering is not possible. The rules are transparent, open for everyone, and their execution is visible. Even the platform fee is transparent and in this case, it is 8% of every payout.

Now, someone would ask: Is this really an insurance use case? Or is it only a financial aid platform? I would vote for insurance.  Actually, I would call it crowdfunding for health care, but still, I consider it to be a health insurance use case.

The Potential of “Peer-to-peer Insurance” on Blockchain is Huge

Now, I hope that we share the opinion that Blockchain as a technology has big potential, at least in peer-to-peer business models. Seeing what has already been done with “mutual aid platforms”,” I can only imagine new use cases for the future.

Other examples (insurtechs), focused on small groups that share interests, still don’t realize their full potential. Once they reach the critical mass, they could completely reshape the insurance business. In the end, Uber and Airbnb are examples of peer-to-peer businesses, and we will all agree that they truly transformed the transportation and hotel industries.

Mihailo Stupar is a Senior Software Engineer at Hedwell. He brings years of experience in software engineering, covering a wide range of technologies. He is known as a person who always stays on top of the latest technology trends. Currently, his special interests include Machine Learning and Blockchain. In the past Mihailo has been working on developing and launching IoT-empowered solutions for various customers, primarily financial services. He finds carpentry to be an interesting hobby and likes to spend his free time trying out different techniques.

This website uses cookies to improve your experience while you navigate through the website. Out of these cookies, the cookies that are categorized as necessary are stored on your browser as they are essential for the working of basic functionalities of the website. We also use third-party cookies that help us analyze and understand how you use this website. These cookies will be stored in your browser only with your consent. You also have the option to opt-out of these cookies. But opting out of some of these cookies may have an effect on your browsing experience.
Necessary Always Enabled
Necessary cookies are absolutely essential for the website to function properly. This category only includes cookies that ensures basic functionalities and security features of the website. These cookies do not store any personal information.
Non-necessary
Any cookies that may not be particularly necessary for the website to function and is used specifically to collect user personal data via analytics, ads, other embedded contents are termed as non-necessary cookies. It is mandatory to procure user consent prior to running these cookies on your website.
SAVE & ACCEPT

Andreas Thulke is responsible for the strategic development of the Hedwell Group Germany. He brings in years of experience in organizational consulting, software integration, and project management, combined with a passion to solve complex business challenges.

Before the foundation of the Hedwell Group, he was working as an Account Director and Country Manager at a large global IT consulting firm.

Andreas loves good challenges, and starting Hedwell is his favorite, as he can use all his skills to guide Hedwell’s success. In his free time, he chases finish lines as a runner and triathlete, since delicious food forces him to work out.